My Niece Sums It All Up


You know how some people say that God teaches us a lesson by giving us children that act just like we did as kids?  I sort of thought I avoided that, seeing as how I have no kids of my own.

Little did I know that this dose of reality, courtesy of karma, can also come in the form of nieces. 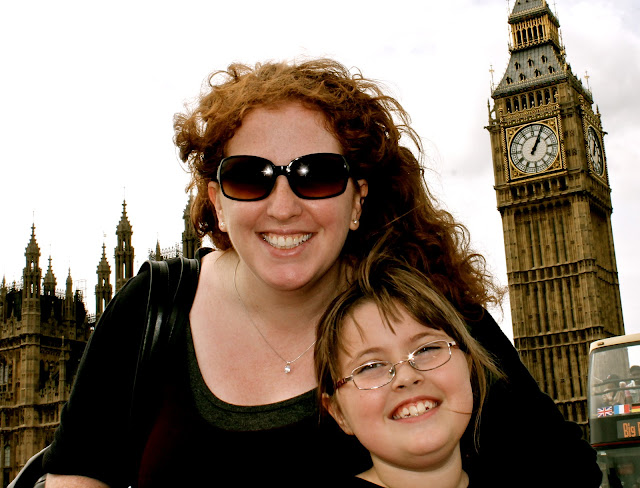 My niece is 9 years old, going on 16.  She is bubbly, intelligent, and hilarious.  We had a great time watching her experience London for the first time.  And yet, I found myself becoming increasingly frustrated by her tendency to complain about how everyone around her was being inconsiderate, breaking rules, or just being "totally unfair."

While trying to explain to her why adults who have front row seats for an Olympic event don't give up their spots just so children can see better, or why tourist shops charge such high prices for merchandise aimed at kids, one part of me wanted to tell her, "Hey kid, the world doesn't revolve around you."  But inside, another part of me was thinking, "Hey kid, you've got a point."

And then it hit me... I do the exact same thing!  A fact that my husband can attest to, as he is often the unwilling ear to my frequent tirades about how customer service is in a downward spiral and how I'm sure that other drivers are purposely cutting me off in traffic, just to be mean to me.

So maybe it's just human nature, or maybe I have the emotional IQ of a 9 year old...either way, it was pretty funny (and just a little painful) to see myself reflected in my little niece.

And she wasn't all complaints, either.  She actually held up really well, considering how much walking we did in London that week.  We walked a lot. And when I say a lot, I mean A LOT.

Flip flops may not have been the wisest choice, but I couldn't bear to be "that American" in jeans and tennis shoes.  I just couldn't do it!  Apparently she couldn't either, because she insisted on wearing her bejeweled flat sandals.  (Has anyone else noticed that some children's fashions have become significantly more "adult" than those of their adult counterparts?  It's a little disturbing.  Just saying.)

After a few days, neither she nor I could bear it any longer.  We both decided to (gasp!) wear our comfortable shoes the next day.  My husband said to us, "I don't know how you two lasted this long in the shoes you were wearing!"  And my niece turned to him and said, matter-of-factly:

This kid is pretty amazing, right?  So Shawn and I both got schooled by our niece on our trip to London, and had a great time in the process.  But alas, travel time is over and it's back home for a few weeks.  The good news is, this means it's time for some DIY projects!  Coming up next, I'll share with you a furniture repainting project I'm tackling.

This is a traditional English cocktail, and a perfect drink to enjoy in these last few warm days of summer.  But please don't hold up your pinky finger when you drink - the Brits actually consider that rude. (Who knew?)

1 orange, sliced
1 lemon, sliced
1/2 Persian cucumber, sliced
1 cup Pimm's No. 1 (or gin)
2 cups ginger ale
3 to 4 large mint sprigs, crushed
Layer the fruit and cucumber slices in a pitcher over ice.  Pour in the Pimm's and ginger ale, and push the crushed mint into the mixture.  Garnish with a slice of orange. 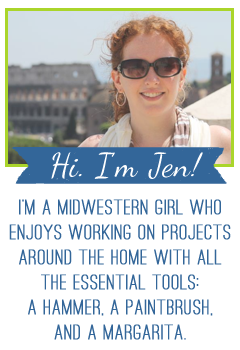